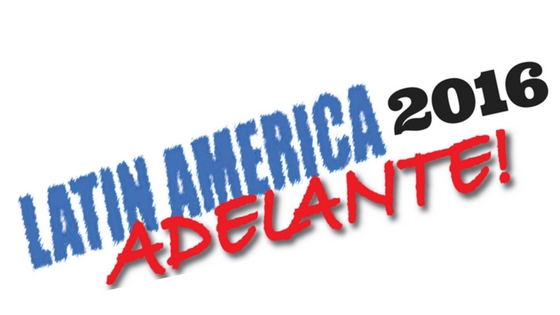 On the morning of November 26th I attended the 12th annual conference of the solidarity campaign, ‘Latin America Adelante!’ at Congress House in London. Featuring contributions from over 50 campaigners, politicians, trade unionists, journalists and academics, from Argentina, Brazil, Colombia, Cuba, Ecuador, Nicaragua, Venezuela and the UK, the day would be covering development, climate issues and human rights issues across the continent, and what we should expect from 2017.

Unsurprisingly, the mood that the day shifted between somber and mild trepidation; the news had just reached us that Fidel Castro was dead. Castro, the great revolutionary/dictator, depending on where your politics lie, had passed away in the early hours of the morning and the conference hall was feeling the hit. I could see speakers bent over speeches making the necessary changes to incorporate the transformative mood. Cuban ambassadors and members of the solidarity campaign here in the UK huddled together with gloomy expressions.

There was no doubt, the death of Castro, the central figure in resisting attempts by the US and elites to control Latin America, would have an enormous impact on the day a head. The conference opened with a tribute to his legacy by Bernard Regan, Secretary to the Cuba Solidarity Campaign, and a minute’s silence from the conference floor.

As audience members began to calm and take their seats, one question certainly seemed to be looming: ‘What now for Latin America in a post-Castro world with Donald Trump in the White House?’

During the opening seminar of the day, the Ambassador of Cuba H.E. Teresita Vicente, Canadian academic Keith Bolender and Bernard Regan, discussed what they called ‘Living with the Enemy,’ their thoughts on the truth behind the headlines of Cuba-US relations.

The experts discussed what has been achieved in two years of diplomatic relations between Cuba and the US, whether they should be optimistic for the future, or whether the US is continuing a policy of regime change by another name. Obviously, after the events of the morning and the month overall, their was plenty to discuss, above all, how will a Trump presidency affect this moving forward?

The speakers speculated that Cuba will likely attempt to sign dozens of agreements with the US before Obama leaves the White House in January. With Trump in office, there is growing fear that their warming relations will grow stale. It is likely that officials will be quick to arrange meetings with the US administration in an attempt to define actions for the completion of additional business deals in order to stay on track with the president’s policy. Many major US companies are currently in the process of negotiating deals in Cuba which will enrich the economy there and further open up the job market, but there is fear this could be compromised if Trump intends to reimpose sanctions, which he has already threatened to do.

As banished Cuban-Americans took to the streets in celebration, the news from Havana was one of mourning and fear for an unknown future. What with Trump and all his unpredictability, the future for Cuban and US relations seem on a knife edge. But the speakers of the day seemed clear: Cuba intends to do all they can to continue moving forward with US negotiations and not to fall back into destabilization.