Flooding, Mudslides and Burst Rivers Cause Havoc in Perú 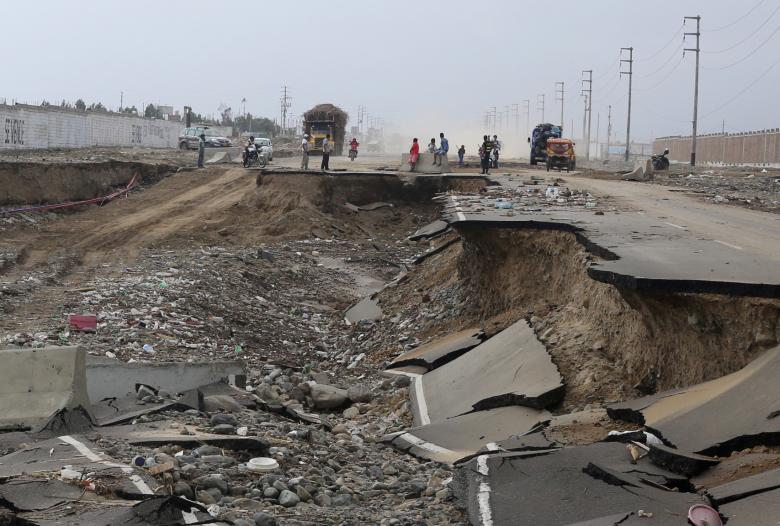 Perú is suffering from extreme levels of rainfall – as much as 10 times the usual rainy season downpour (which is a LOT). The far North of the country, especially the region of Piura, as well as much of the Northwestern desert coast is affected, including parts of the capital, Lima, and other areas downstream. There is widespread flooding as well as deadly mudslides and sinkholes.

The aftermath of a landslide on the Casma road into the Cordillera Negra mountains.

Thankfully, the very worst of the situation is concentrated regionally. The South and East of the country remain unaffected at the time of writing. Emergency responses are ongoing in the affected areas, and continued rain means that problems remain for as much as half the countries regions. A state of emergency is in place for much of the country, with national coordination of the response being a major test of the new government.

For travellers, it is recommended that you stay well away from the affected areas. However, there are many other areas that rely on tourism for income, so do not be put off going to Perú itself. For up to date travel information always view your national travel authority. In the US, this is the State Department Travel Advisory. In the UK it’s the FCO Travel Advisory. For region by region updates (in Spanish and English), see the iPeru Tourism Website. If you are already in Perú, follow local news as much as possible and be safe.

The terrifying moment a women escapes the mud.

To support the people of Perú at this moment of national disaster, please consider supporting a local or international charity working there. Here are some that we can recommend:
Anglo Peruvian Society Emergency Fund
Red Cross Peru
Direct Relief
UNICEF Perú
CARE Peru