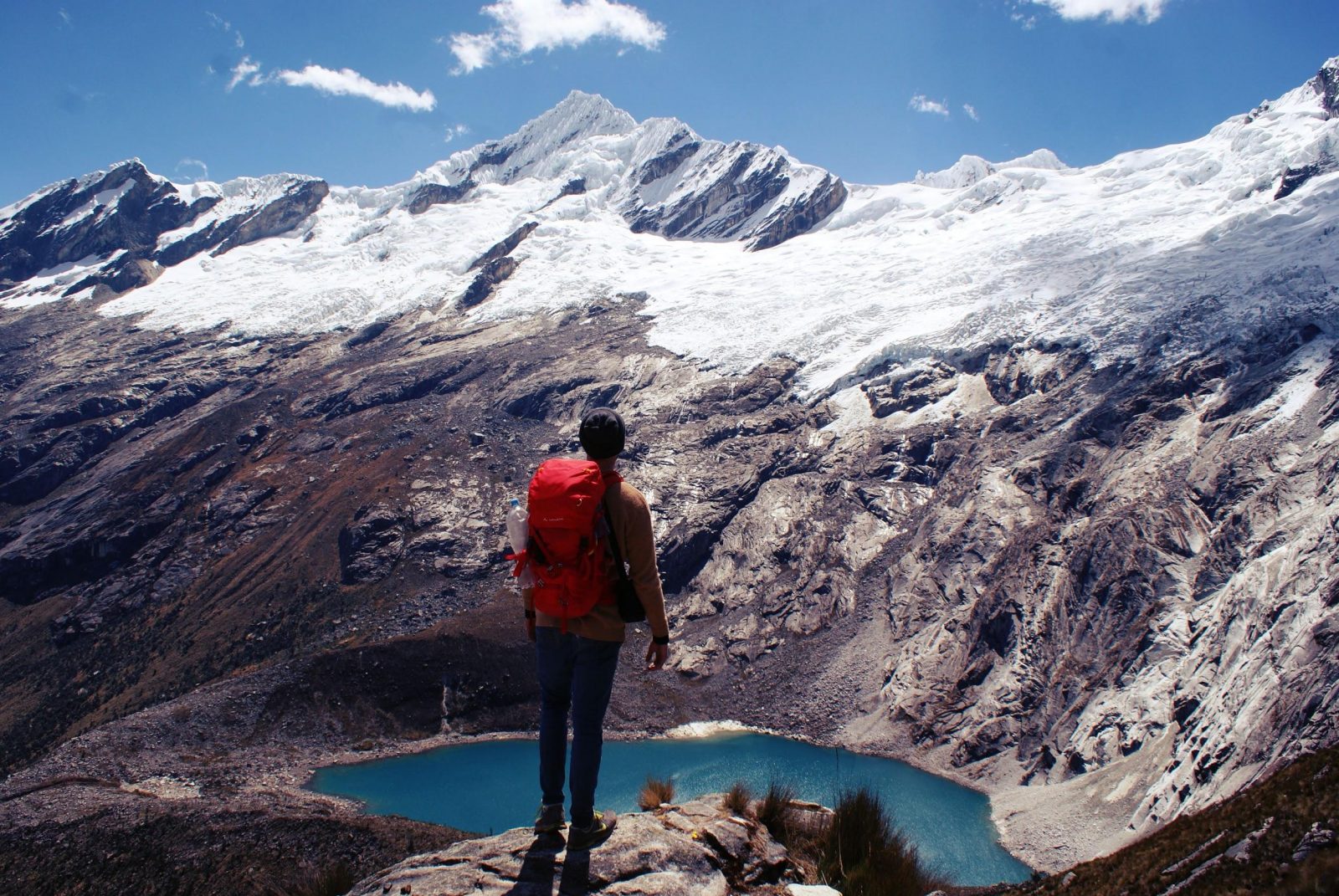 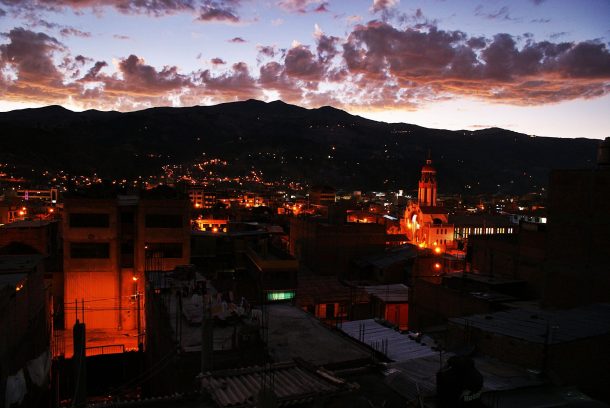 Huaraz – starting point of several our expeditions to the Cordillera Blanca – is the capital of the Ancash region of Peru and my starting point for the Santa Cruz Trek.

This is a beautiful route through the greatest range in the high Andes mountains. Crossing turquoise lagoons, giant white-capped mountains, sweeping valleys and ancient villages, and watching waterfalls cascade down granite walls, as whitewater streams weave through the valley floors, makes this trek an unforgettable experience. By evening you’ll experience star studded skies after witnessing the mountains burn red from the sun setting beyond the valley walls.

Arriving to the highest point at the Punta Union Pass will leave you breathless, both figuratively and literally as you crest over the horizon and first glance into the immense world beyond. It is no wonder why National Geographic has rated it one of the best treks in the world. 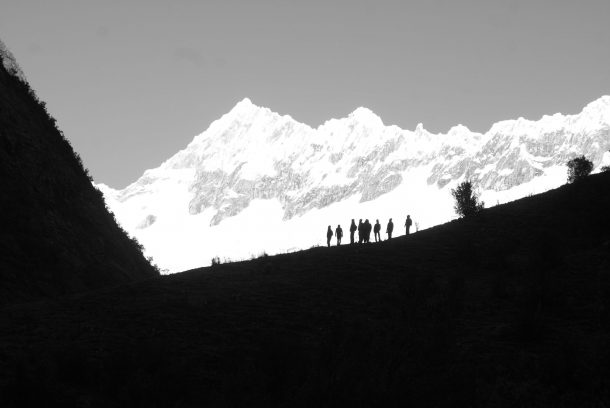 But back to the start….I arrived on an overnight bus from Lima and spent the rest of the day exploring Huaraz and meeting interesting people from around the world, such as an retired Australian professor who has been sailing the world for 6 years. At that time, he had left his boat in Panama City and was traveling on land for a short while.

I’d arrived in Huaraz to do the Santa Cruz Trek, so I didn’t want to lose too much time and checked the different agencies offering the trek. Quickly I found a agency that sounded promising and I signed up for the next day. Yes, the next day. Not a good idea, I would later learn. I prepared my bag and went to bed early in order to be fit and ready for the next day. 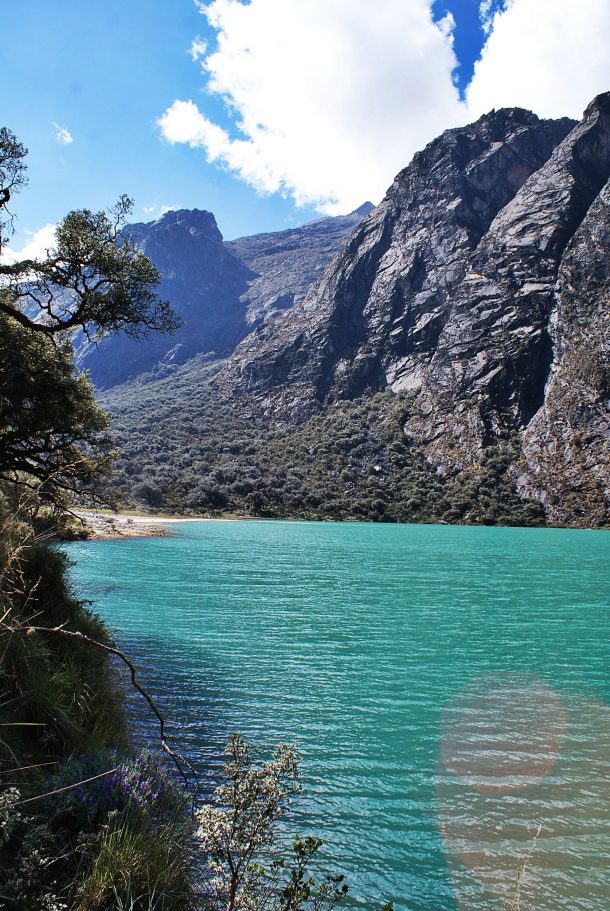 I hadn’t had a lot of time to acclimatize, which I realized straight the first day. But, the first day wasn’t too bad and I thought the following day I’d be sufficiently acclimatized and ready to climb “Punta Union” – the highest point of the trek. So, on day two we woke up early and started the climb to Punta Unión. The long and steep climb took us to the mountain pass and highest point of the trail, 4,750 meters (15,580 ft). For myself and many other hikers, it was a personal record.

As we inched our way up the rocky path, we seemed to be going in slow motion. Each step became a challenge as the altitude took its toll on me. Donkey trains carrying supplies for camp trotted up the trail right past me. It looked so easy for them while I was about to bring up my breakfast again. My first experience of altitude sickness – my head pounded, breathing was difficult and I had an increasingly sharp headache – but it was totally worth it. Reaching Punta Union literally left me breathless and with an amazing view I will not soon forget.

With the hardest part behind us, the rest of the trek was mainly downhill and a lot easier. I did the Santa Cruz Trek in four days and wished I would have spent more days exploring this amazing mountain range.

Inspired by this adventure I started to love trekking and went on many more treks and expeditions.