17 Movies to Watch before traveling to Colombia 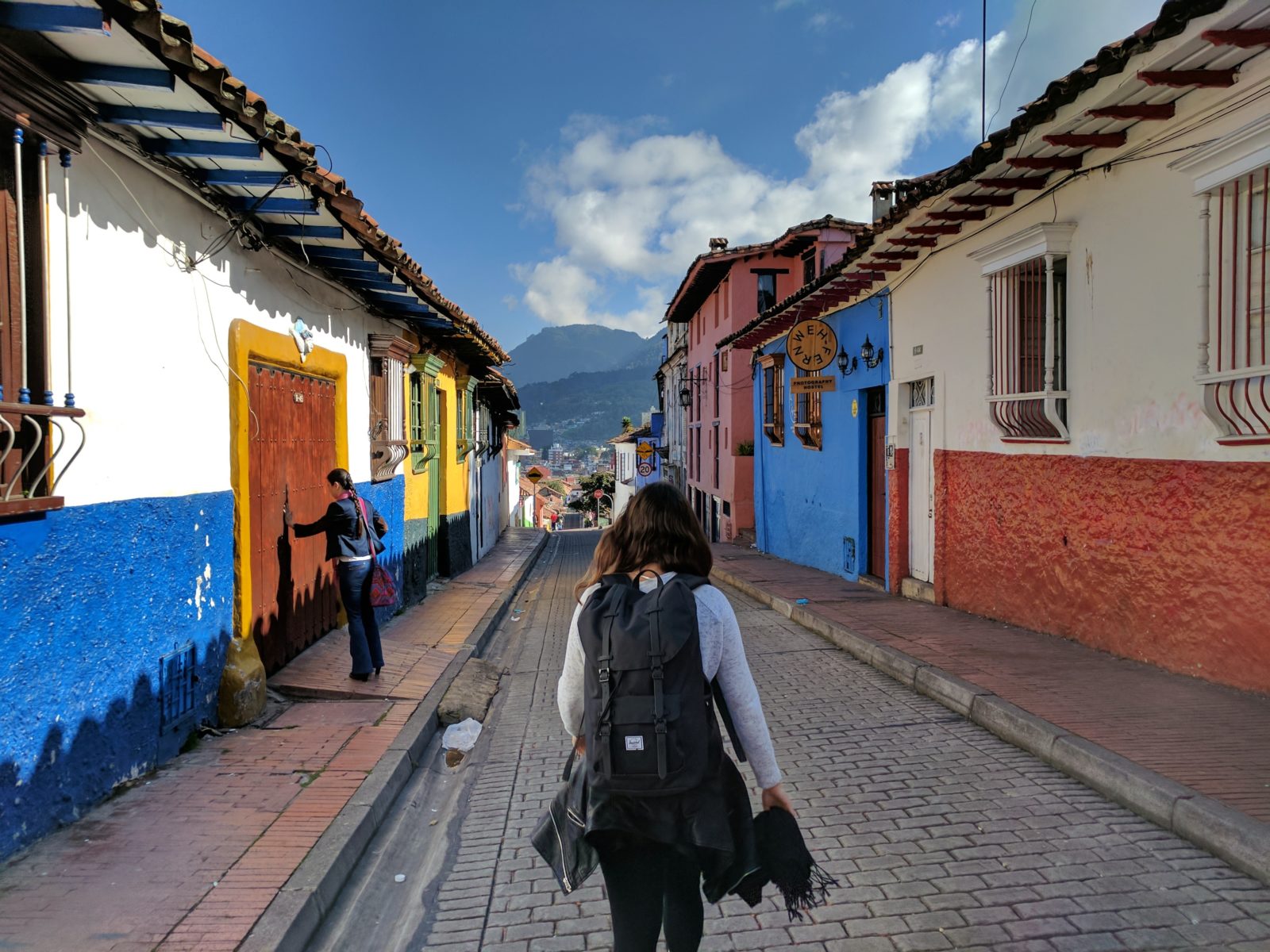 Heading to Colombia for your next adventure? And you are wondering about what kind of movies are out there which deal with Colombia or are colombian production? We got you covered, the following list gives you a good sample of the best movies to watch when travelling to Colombia.

Embarking to Colombia after watching the following movies will give you a totally different idea and understanding of the people living in this place. Some of the movies might be shocking and reveal the dark sides the country struggled with in the past, but they are also allowing you to perceive the upcoming adventure in a more grateful and open way.

Narcos, available on Netflix, is a chronicled look at the criminal exploits of Colombian drug lord Pablo Escobar, as well as the many other drug kingpins who plagued the country through the years. Set and filmed in Colombia, seasons 1 and 2 are based on the story of drug kingpin Pablo Escobar and the Medellin Cartel, who became a billionaire through the production and distribution of cocaine. The series also focuses on Escobar’s interactions with drug lords, Drug Enforcement Administration (DEA) agents, and various opposition entities. Season 3 picks up after the fall of Escobar and continues to follow the DEA as they try to shutdown the rise of the less famous Cali Cartel.

Colombia’s first-ever Oscar-nominated film is also one of the most visually stunning and engaging films on this list: Ciro Guerra’s third film is a lyrical, poetic meditation on the history of the Colombian Amazon, with the oft-forgotten local Indigenous people taking centre stage. Filmed in crisp black and white, and featuring at least nine different languages, Embrace of the Serpent is a window into a side of Colombia that is often overlooked.

A film that smashed all box office records upon its release in Colombia, Wild Magic is a stunningly-shot documentary focusing on Colombia’s remarkable biodiversity. With quite breathtaking sequences of hummingbirds in flight, hunting jaguars, and condors soaring over Andean peaks, this film is sure to get you excited about exploring Colombia’s amazing natural diversity. And the unique footage of the ‘Lost World’ that is Chiribiquete National Park is worth the run-time alone.

Maria Full of Grace is a 2004 drama co-produced between the United States and Colombia. In 2005, lead actress Catalina Sandino Moreno was nominated for the Academy Award for Best Actress for her portrayal of a struggling pregnant woman who gets caught up with cocaine traffickers. The film is suspenseful, well-acted, and is acclaimed in Colombia for showing how the dangerous world of international drug trafficking can swallow up the most vulnerable, common people.

A 2015 Colombian drama written and directed by César Augusto Acevedo, Land and Shade won the Caméra d’Or Award at that year’s Cannes Film Festival.
An old farmer named Alfonso returns after 17 years to the family farm because his son is extremely ill, and where his abandoned wife still lives. The plot focuses on Alfonso’s attempts to regain the love of his family and care for his son and wife.

6. The Colors of the Mountain (Los colores de la montaña)

Winner of the Golden Pheasant Award for the Best Film at the 16th International Film Festival of Kerala, The Colors of the Mountain is set in an unnamed mountain village in an Andean region of Colombia and focuses on the adventures of nine-year-old Manuel and his little gang of friends. He has an old football with which he and his friends play daily, but when his father gives him a new ball it is promptly lost in an adjacent minefield. He hatches a plan with his best friends to retrieve it, as the signs of the war ravaging Colombia begin to impinge on the idyllic life of the village. The Colors of the Mountain takes a look at the realities of Colombia’s conflict from a unique perspective.

Another film by Embrace of the Serpent’s Ciro Guerra, The Wind Journeys was shot in over 80 locations on Colombia’s northern coast, and, as with his other films, features some of Colombia’s lesser-known languages such as Palenquero, Wayuunaiki, and Ikun. The film follows the journey of a vallenato musician looking to return his accordion to his former mentor. It is said that the accordion is cursed after the former owner won it in a duel with the devil (a tale echoing the myths of the genre’s origins). He is accompanied by a young boy who wants to be his apprentice.

A 1998 Colombian film directed by Víctor Gaviria, The Rose Seller is loosely based on a Hans Christian Anderson fairytale and focuses on the hard and dangerous lives of street children in Medellin. The 13-year-old Monica – played by Lady Tabares who, in a tragic case of life imitating art, lived on the streets of Medellin and ended up in jail for murder – makes a living selling flowers to couples in local discos and is joined by 10-year-old Andrea, fleeing her abusive parents. It’s a harsh look at the realities of street life, but not without its moments of brevity and humour. Sadly, many of the stars – real street children themselves – have since been killed or imprisoned.

A 2012 film focusing on the lives of Afro-Colombian people forced to flee the violence on the Pacific coast to poor dwellings in Bogota. Teenager Tomas tries to navigate the difficulty of growing up as a victim of exclusion and racism before his younger brother, Jairo, disappears. He then begins a journey to find Jairo, one which forces him to confront his past and become his own man, as well as discovering a unique side of the city he now calls home. La Playa D.C. shines a light on an overlooked aspect of Colombian history and identity.

10. The Strategy of the Snail (La estrategia del caracol)

The Strategy of the Snail is a 1993 Colombian comedy-drama film directed and produced by Colombian filmmaker and director Sergio Cabrera, and starring, among others, future music superstar Carlos Vives. Focusing on the hardship endured by poor families in Bogota and the social divisions between rich and poor in the city, the film deals with a group of people evicted from their shared home after many years, and their desperate attempts to remain.

One of the most famous and critically acclaimed documentaries on ‘the famous criminal’ from Medellin, The Two Escobars takes as its starting point the surnames of Pablo Escobar and footballer Andres Escobar – tragically gunned down in Medellin following an own-goal in the 1994 World Cup – who were not related but whose fates were intertwined. A fascinating look at the intersection of sports, crime, and politics in Colombia, The Two Escobars should replace Narcos as essential viewing for anyone interested in the reality of the drug violence and civil war in Colombia.

In a forgotten and almost virgin beach in the Colombian Pacific coast, Daniel, a quiet and – to the locals – odd tourist, witnesses the confrontation between Cerebro (‘Brain’ in English) the leader of the area, who wants it to remain isolated from the world, and ‘El Paisa’, a landowner who wants to build hotels to attract more tourists and make profits. The film displays the conflict between wanting to preserve the nature versus the economic expansion. This movie was released in 2010 and has won the Fipresci of the International Berlin Festival, among others.

13. Confesión a Laura (Confessing to Laura)

“Confessing to Laura” is a 1991 drama that unfolds in Bogota during the infamous “Bogotazo” riots of 1948. The riots, which left thousands dead and much of the city burned to the ground, followed the assassination of popular presidential candidate Jorge Eliecer Gaitan. “Confessing to Laura” follows three characters trapped inside their homes during the riots,  giving the audience a zoomed in look at the humanity trapped within Bogota’s historic strife.

Another film directed by Victor Gaviria, Rodrigo D: No Future was released in 1990 and was entered into the Cannes Film Festival that same year. Focusing on the lives of Rodrigo and his group of friends, bored teenagers living in a poor part of Medellin, Rodrigo wants to start a punk band but they spend most of their time lounging around, occasionally shooting someone or stealing a car. The film eloquently portrays the difficulty of breaking out of a seemingly predetermined life of poverty and crime.

A look into the lighter side of Colombian life. Based in beautiful Cartagena, Colombia, a young boy falls in love with a stunning girl, who simply ignores him. But three men with different strategies in the art of love romance, lies and money, come to the rescue to try to lead the young boy to his dream: a kiss on the lips.

Alice is a victim of the civil war in Colombia: as a result she has no one in her hometown, so she has to leave. She tries to rebuild her life in ‘The Towrope’, a depraved hostel on the shore of a lagoon in the Andes Mountains. The place belongs to Oscar, her strange relative – a bad-tempered and lonely old man. Alice must settle and try to find a better life, letting go of her sad past memories and fears – but a new threat of war resurfaces. This film that was released in 2012, has won the has won the Rencontres Cinémas D´Amérique Latine in Toulouse, France.

Based on several testimonies of women who fought in the Colombian’s guerrilla groups, the film tells the story of María, a young teenager who was recruited by one of these. When she discovers she’s pregnant, she has to figure out what she wants to do, especially since it is forbidden for women soldiers to be with child. The movie was released in 2015 and also featured at Cannes.

We hope you enjoy our special selection of movies and we look forward to hearing from you.